Residents of Ori-Oke Olurunkole in Akinyele Local Government Area of Oyo State on Friday morning woke up to the heart-aching news of a middle-aged woman, Mrs. Olufunmilayo, who was reportedly macheted to death by yet to be identified assailants on Thursday evening. 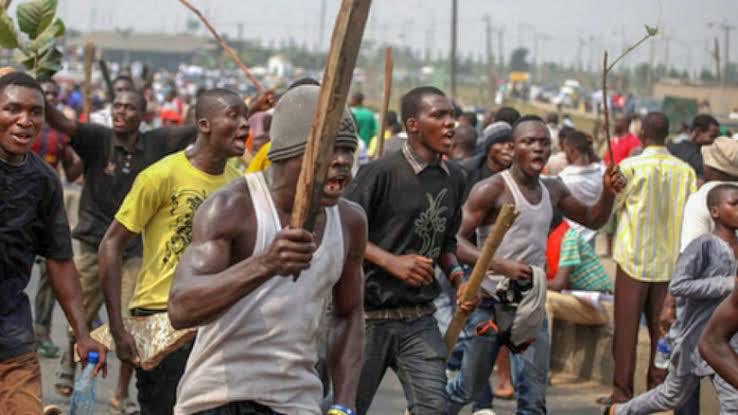 Akinyele axis of the state in the last few months has been in the news for continuous alleged ritual killing of both young and the old.

Nov 15, 2020
Enter your email address and subscribe to get latest updates

A number of arrests have been made by the police, while efforts are ongoing to apprehend other perpetrators of the dastardly acts who were still at large.

Miffed by the development, angry youths in the area trooped out en-masse on a violent protest, which led to a serious attack on the police.

While reacting to the unfortunate incident, the Caretaker Chairman of Akinyele Local Government, Mr. Taoreed Jimoh, shed light on what led to the protest by the angry youths.

According to him: “We heard that the woman was macheted, she was rescued immediately and taken to UCH, so we heard the report that she died this morning.”

“That was what prompted residents to embark on a mass protest, unfortunately, the peaceful protest was hijacked by hoodlums. The hoodlums went to the extent of pelting security operatives with stones and other objects, but with the help of God, peace is gradually returning to the area and it is under control.”

“I have called Deputy Commissioner of Police on Operations and he has deployed more officers to the area, also, I called the Area Commander and Federal SARS and other security operatives and local security agents such as Soludero and others had arrived the area to calm the situation. The Alakinyele of Akinyele Oba James Odeniran was also on ground to rescue few police officers that the hoodlums manhandled.”

“The killing was carried out by suspected ritualists. Residents suspected a ritualist who was reportedly arrested by the police but allegedly escaped from their custody, he was seen in Akinyele two days ago and yesterday, the residents had to raise alarm and people are suspecting he was the one that carried out the dastardly act,” he hinted.

#EndSARS: Over 110 Tractors Looted By Hoodlums In Adamawa