Man Surprised As He Sees Himself On National TV, See What He Said

Man Surprised As He Sees Himself On National TV, See What He Said

A Bayelsa state native and singer, Timitimi Kelly, is over the moon after he saw himself on national TV for the first time.

For Kelly, seeing himself on a national TV is miracle he credited to Governor Douye Diri and popular broadcast journalist, Ovieteme George.

Apparently, the singer attended the Annual Thanksgiving Service held by the Bayelsa State Government on Monday, November 2 and was lucky to be interviewed by TVC News channel.

“Thanks to the Miracle Governor H.E Douye Diri and my elder brother Ovieteme George, I am now seen on national TV. God is indeed good. It can only get better”

See some of the photos below 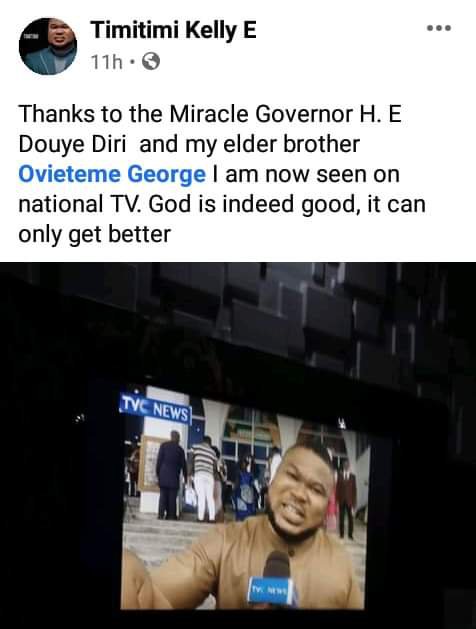 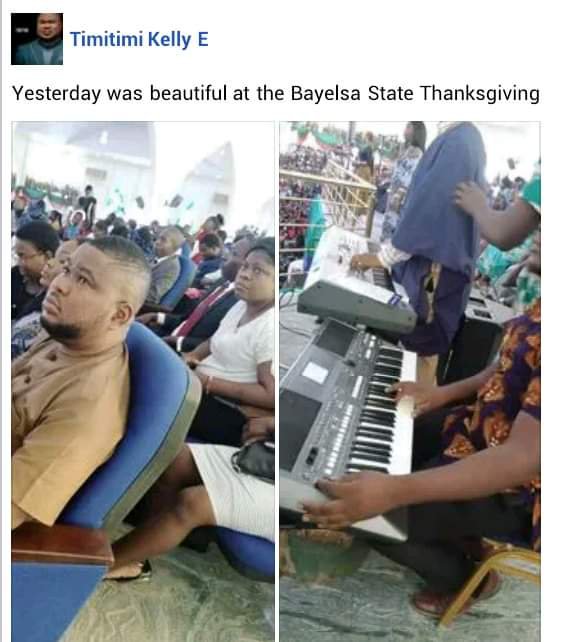 Just In: Dorathy Discloses Secret About Herself As She Turns 25

Gist: Mercy Eke Is So Cute – Wathoni Says As She Shares Stunning Photos