It’s been four weeks since BBNaija Lockdown season began and some intimate activities have been recorded in the house, especially between housemates, Kiddwaya and Erica.

The couple were recently spotted having fun under the Duvet during Erica’s reign as Head of house, and Kiddwaya as her deputy.

Lately, Erica has been down with symptoms of malaria, but fans are not buying that, as they have been dragging the housemate on Twitter to undergo a pregnancy test.

“Erica doesn’t have malaria. Call a spade a spade, this is a sign of early pregnancy”.

Here are some of what they posted 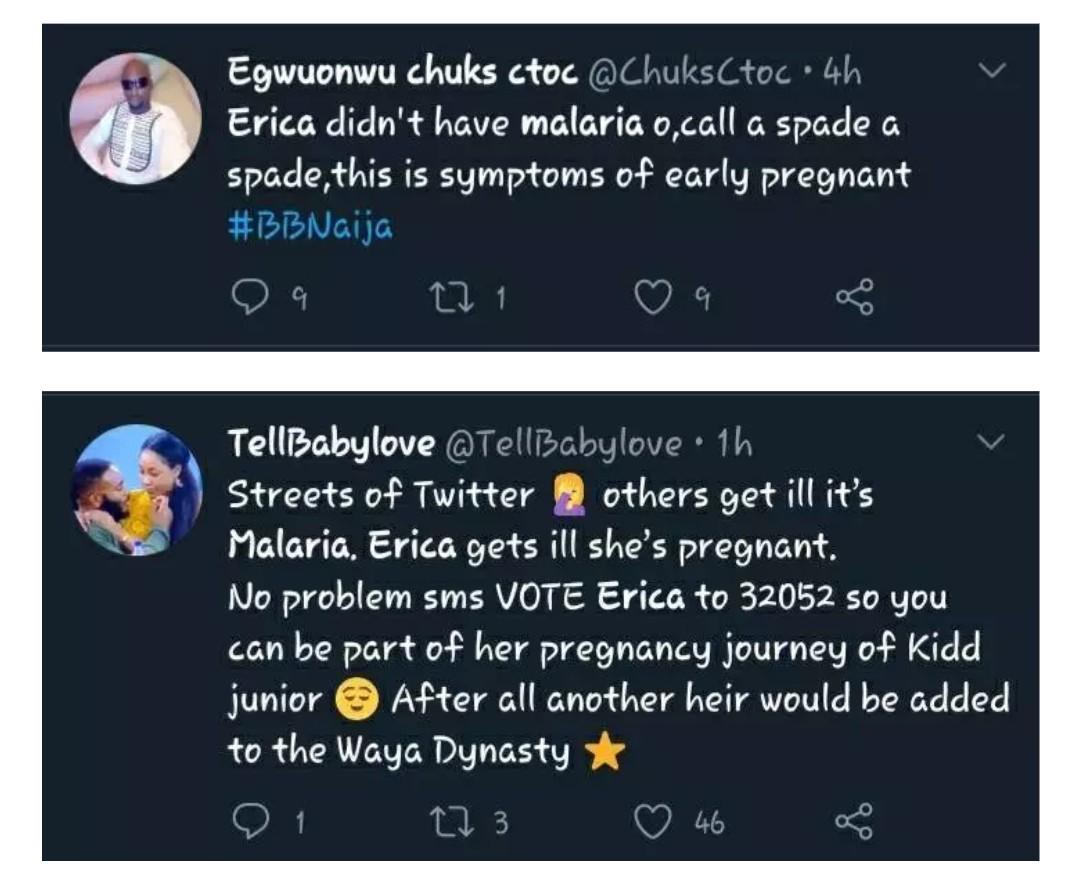 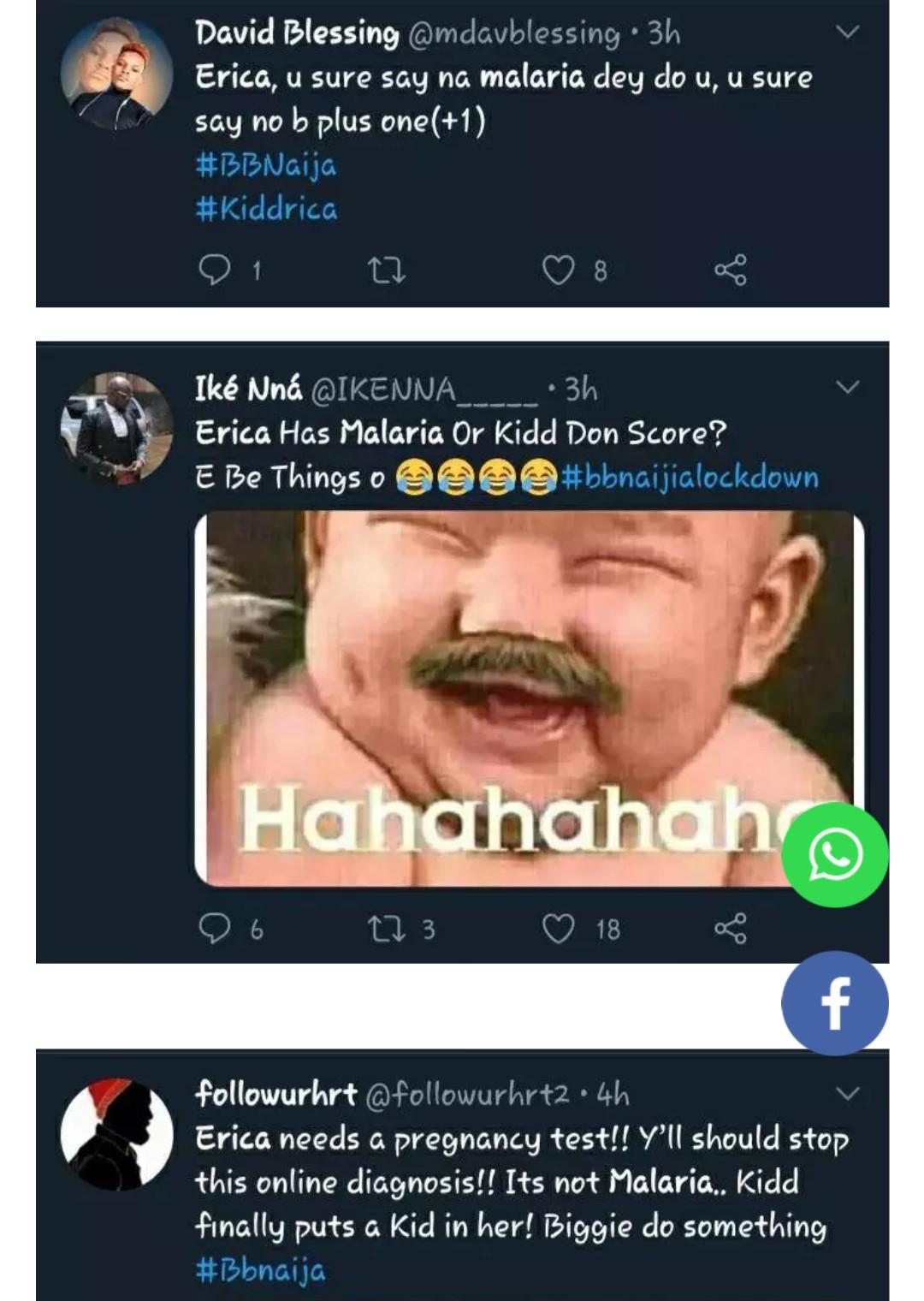