In spite of increasing concerns about the economic challenges associated with the global pandemic, Governor Udom Emmanuel is committed to completing significant projects for the well-being of the citizens of Akwa Ibom. 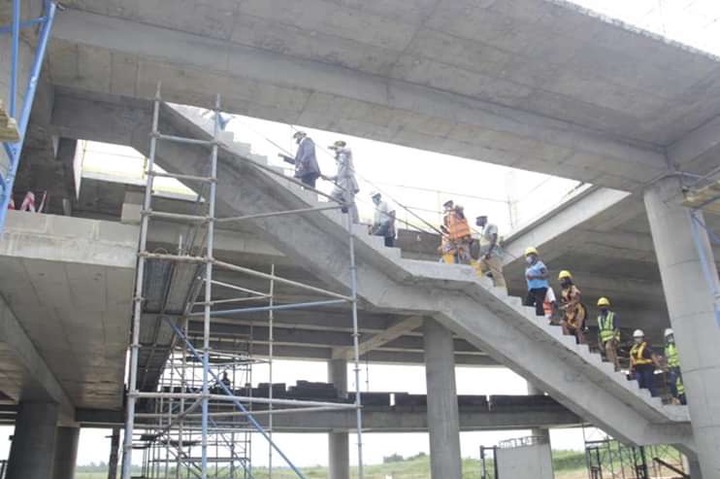 One of these is the construction of a world-class international terminal building and other developments aimed at repositioning Akwa Ibom as an aviation hub in Africa.

He clarified that the new international terminal building is built to meet the highest level of intelligence and smart building requirements and, once completed, will match all of the internationally listed airport terminals.

“The security infrastructure is very powerful, there will be a digital fingerprint or a card pass, whether you’re a passenger or a staff member.

Hon Etteh commended Governor Emmanuel’s foresight and honesty, which accounted for the rapid progress of the project despite the pandemic, ensuring that the facility will be ready on time.
The Project Manager, Onur Uzel, also said that the terminal building project has three floors and is designed to accommodate more than one million passengers per year with a total construction area of approximately 30,000 square meters.

He explained that there will be a digital self-check-in by a robot pre-planned before Covid-19 and counter check-in as well with five bridges, staircases, seven lifts and four escalators, which are pressure sensitive and only move when a passenger is detected on it.

He clarified that there will be a digital self-check-in, pre-planned robot before Covid-19 and counter-check-in, as well as five bridges, stairs, seven lifts and four escalators, which are pressure sensitive and only move when a passenger is detected.

He also clarified that a special roof, which can last up to 200 years without changing its colour, was built for the project.

Uzel further claimed that the facility comes with an automated device to check the contents of the bag while the departure area will have an International Airport runway and a sickbay and a staff lodge.

The project manager stated that the facility was built and designed by experts from Nigeria, the United Kingdom, the United States, and Turkey.

BBNaija: Prince Opens Up On Relationship With Wathoni