A woman who pretends to be blind so as to get financial help has been exposed and apprehended in Ebonyi State capital, Abakaliki.

The fake beggar who is an Imo State native, stands by the Union Bank Junction in Abakaliki to beg for alms everyday.

The fake beggar allegedly applies Rob ointment to her eyes and this makes her tear up, she then keeps the eye shut while one of her children leads her by the hand. When the effect of the balm wears off, she allegedly reapplies it.

When the Governor’s aide nabbed the woman, her eyes were forced open and nothing appeared to be wrong with them.

The Governor’s Aide took the woman to the old government house after uncovering her deceit, according to several online reports.

here are some photos from the scene 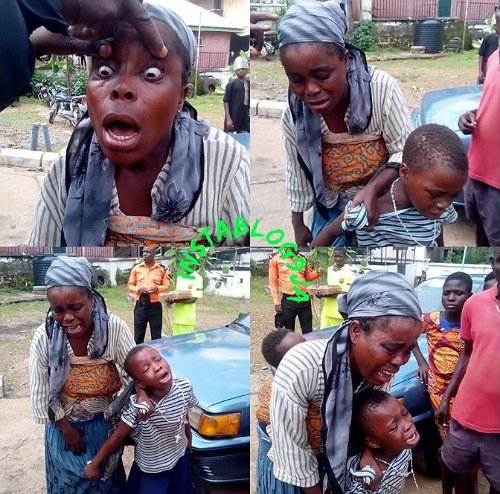