Billionaire daughter, Florence Otedola popularly known as Dj Cuppy has shared a conversation between herself and her ex-boyfriend.

This is coming few days after the disk jockey revealed she might remain single forever, claiming her ex gave shattered her heart to pieces.

Moments ago, she took to her Twitter page to share a convo between her ex who said he heard her song at the airport at Frankfurt and he was calling her to inform her of how viral her song has gone.

In the conversation, she also vowed never to forget him, adding that he broke her heart. 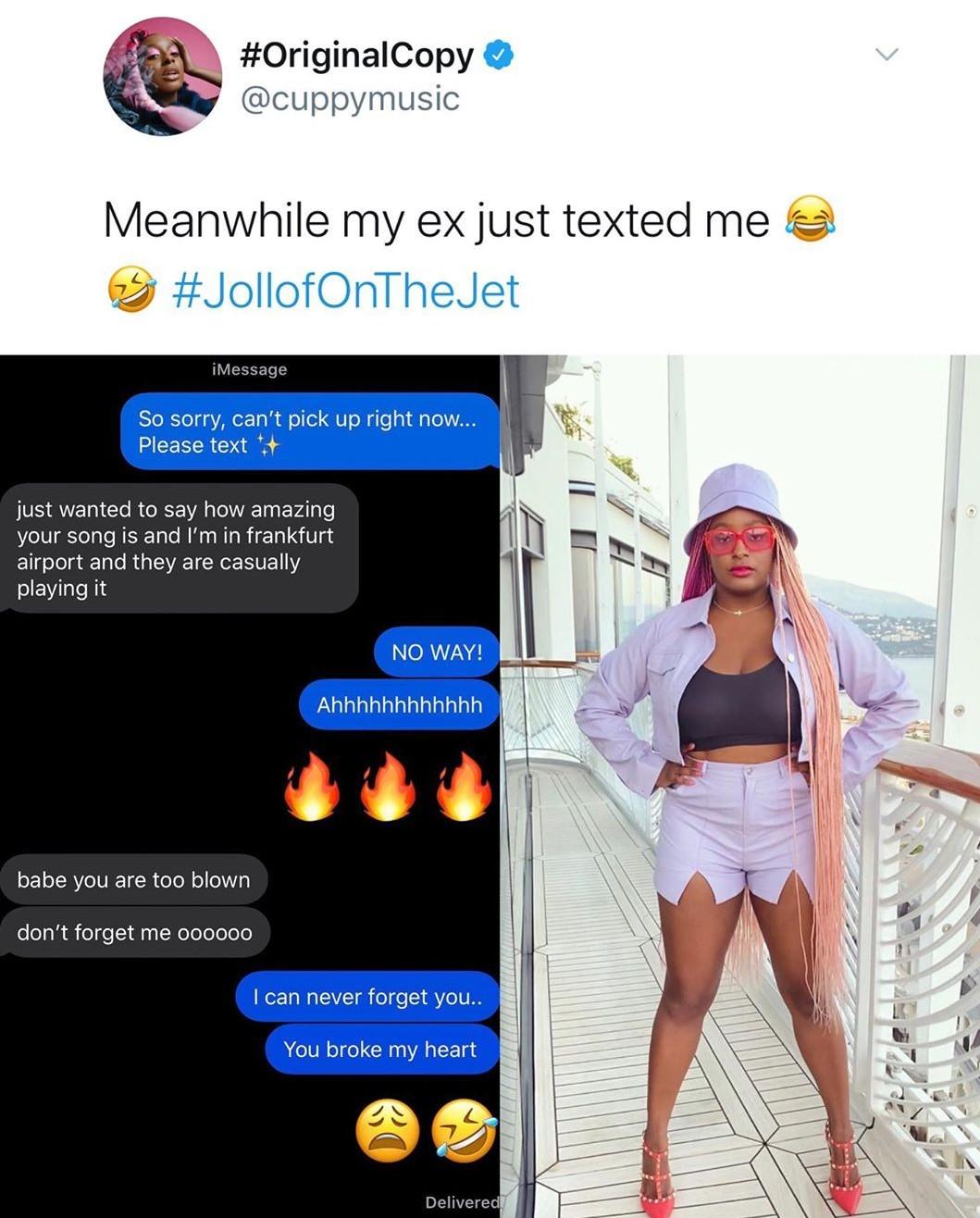 Boko Haram Commander – This Is What Mailafia Told Us – DSS