The women, dressed in black clothing expressed their sadness over uncalled killings of their children (male and female), husbands, and siblings of both genders in the community.

Coronavirus Kills 13 Reverend Sisters In Livonia: Thirteen women between the age of 69 and 99 have reportedly died of Coronavirus disease in Livonia, Mi. 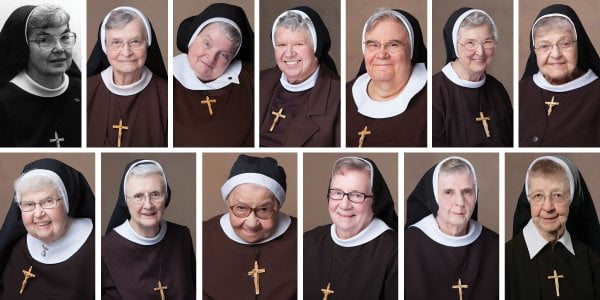 According to reports, the women were all members of a Felician Sisters convent, worked and resides in the same apartment at the Michigan convent.

Top Gist Portal learnt that they all died within the space of a month to the dreaded pandemic.

Reports revealed that 12 of the nuns had died of the novel virus within 10th of April to 10th of May 2020. The 13th nun reportedly died of the same course at the Presentation of the Blessed Virgin Mary convent in Livonia.

It was confirmed that Sister Mary Danatha Suchyta who happens to be the 13th victim of the dreaded disease gave up the ghost on June 27 at age 98.

“Sister Mary Danatha had been a member of the Felician congregation for 80 years, and all 13 who died were members for at least 50 years,” the report NYTIMES revealed.

The publisher confirmed that the list of the deceased was made available by Suzanne English, the executive director for mission advancement for Our Lady of Hope Province, “which oversees the 469 Felician sisters in about 60 convents around the U.S. and Canada.”

On her part, while reacting to the incident, Sister Mary Christopher Moore, the provincial minister of Our Lady of Hope said, “We grieve for each of our sisters who has passed during the time of the pandemic throughout the province, and we greatly appreciate all of those who are holding us in prayer and supporting us in a number of ways,”

“Forty-four Felician sisters now live at the Michigan convent, down from 57 in April, Another 17 sisters had the disease but they all recovered.”

“We all knew if it hit the place, it would be bad,” said Sister Mary Ann Smith, who was sick with the virus from mid-April until the end of May. “But we never anticipated how quickly it would go,” she added.

According to her, she had prayed to God to take her life when she was struck with illness.

British Parents Get Approval To Name Their Son ‘Lucifer’