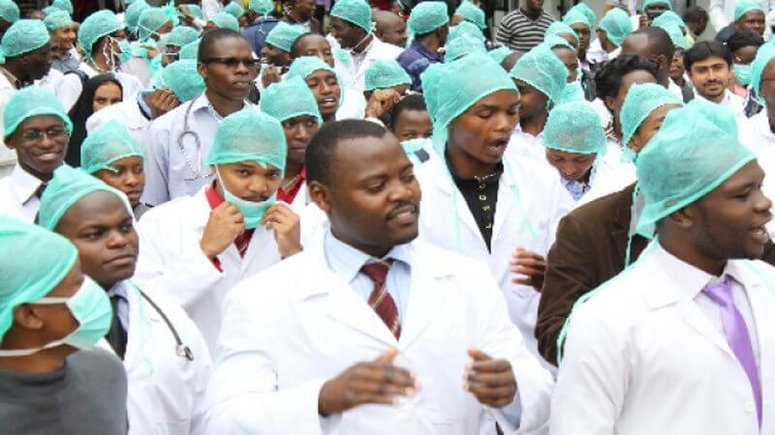 The Ekiti State Government led by Governor Kayode Fayemi has called on Ekiti doctors under the aegis of the National Association of Government General Medical and Dental Practitioners (NAGGMDP) to suspend its industrial action in the interest of the masses.

Top Gist Portal reports that the Ekiti government promised to meet all demands of the doctors on installments, insisting these would be done in such a way that other sectors won’t be affected.

This online news platform recalls that the doctors had on June 30 withdrew their services, after a 28- day ultimatum in protest against alleged wage disparity, an unpaid backlog of allowances, among other matters.

Aug 3, 2020
Enter your email address and subscribe to get latest updates

Muyiwa Olumilua, the Commissioner for Information in a statement on Thursday denied allegations by the doctors that Ekiti 19 general and three specialist hospitals as well as over primary health centers are experiencing an acute shortage of health professionals.

The Commissioner for Information said the state has over 300 doctors on its payroll, contrary to the frightening situation painted by the striking doctors.

“It is widely acknowledged that most developing nations and sub- nationals are experiencing the shortage of doctors in the health sector, including Ekiti State.

“It is, however, important to clarify that there are adequate doctors in both public and private sectors in Ekiti State to meet the healthcare needs of its residents.

“It is unfortunate that despite the numerous efforts of the State Government to support the health sector, especially during this pandemic and its attendant economic effects, the members of this Association have insisted on the strike action”.

The Commissioner for Information added: “The timing of this strike action, in the middle of a global public health crisis when the citizens need their services the most, borders on insensitivity.

“Government calls on all well-meaning Nigerians to appeal to the striking doctors not to allow themselves to be pawns in the hands of political detractors”.

BBNaija 2020 Eviction Updates: Why I voted Lilo out –…